International Women’s Day 2019: Jacquelyn Parker created her own path, with tenacity and by trusting her instincts 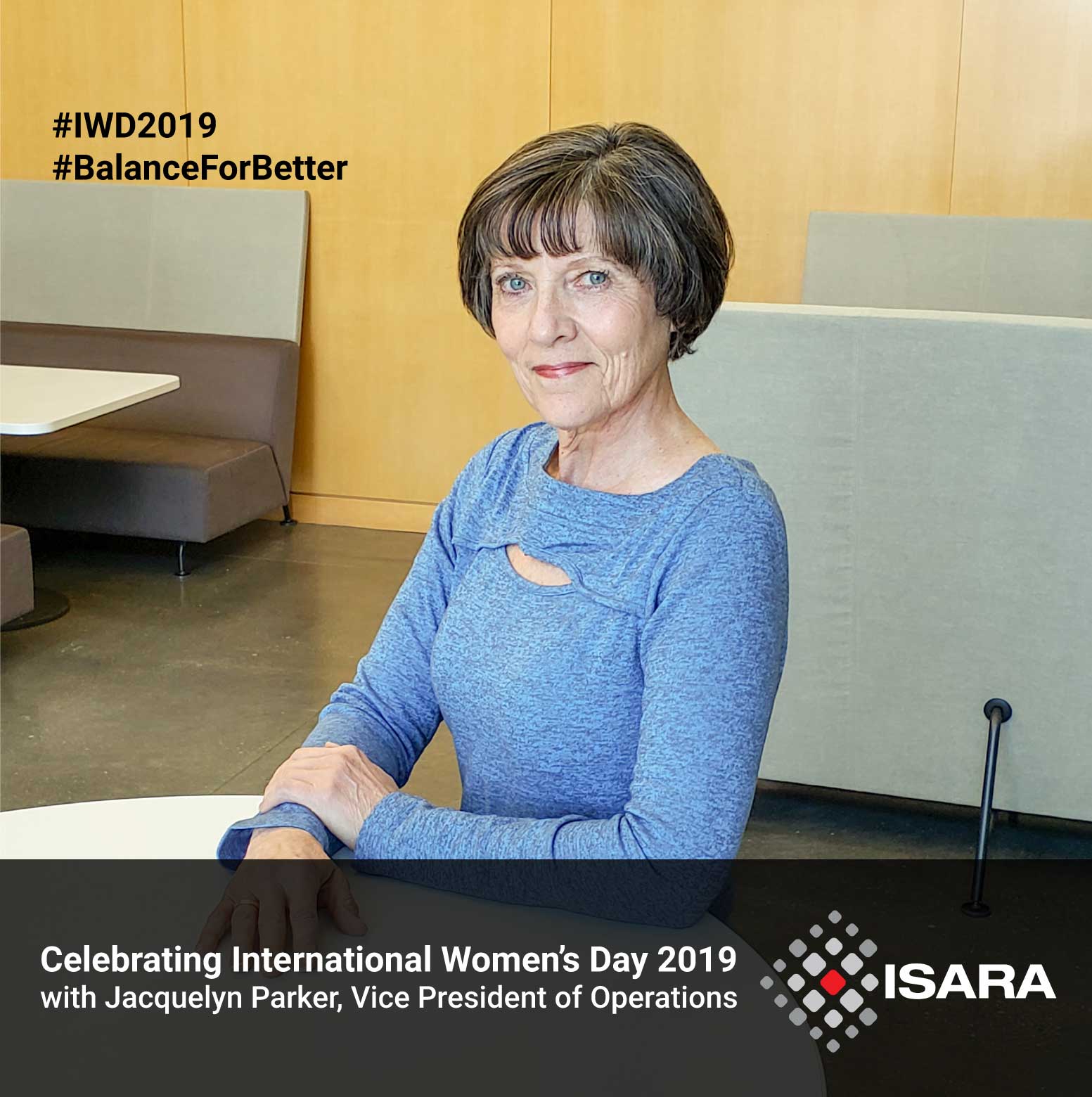 Jacquelyn Parker, ISARA’s Vice President of Operations, has always carved out her own path, both professionally and personally. When others told her something couldn’t be done, she found a way. Her tenacity and love of lifelong learning have taken her down many paths in her career, culminating in a highly valuable set of skills and experiences that make her the transformational leader she is today.

Jacquelyn graduated from Western University with a Bachelor of Arts, Social Sciences and from Durham College with an Engineering Technology Diploma in Computer Engineering. She started her career as a Systems Engineer at Hewlett Packard and progressed into various management positions from the Vice President of Business Development to Managing Principal. After over 25 years of success at HP, she joined BlackBerry as their Vice President of Professional Services where she had the unique opportunity to grow a part of the business from the very early stages.

We’re thrilled to have welcomed Jackie to the ISARA team in October 2018. While her title says “Operations”, she also leads Finance and Human Resources for ISARA. We sat down with Jackie to ask her a few questions about her career and experiences as a woman in STEM in celebration of International Women’s Day.

Throughout your journey, what experiences, both personal and professional, have shaped you to become the tenacious leader that you are today?

At first, I thought that I wanted to become a Speech Therapist, and started in Pre-Med. Soon after, I figured out that I didn’t want to be a Speech Therapist, as I was truly interested in computers and technology. People told me that was ridiculous, but here I am today working in the world’s most fascinating industry.

That experience helped shape my career because I learned that other people can’t define whether or not something is right for you. And so, I found throughout my career that I had many people tell me that what I wanted to do didn’t make sense for my career as a whole. “You’re going into management? That’s not practical.” Or “You’re going from Technology to Finance? You shouldn’t do that, that doesn’t make sense.” Or “You’re leaving your job to become a stay-at-home mom? You’re out of your mind. You will never get back into technology.”  And I realized somewhere along the way that I could take their input and potentially limit myself, but ultimately, I was the only person who could make those decisions. I learned that when people tell you that you can’t do something or shouldn’t do something, they are oftentimes wrong. Everyone has their own fears and perspectives that they project. There’s no malintent in that – I have never encountered anybody that wanted to guide me in the wrong direction. However, ultimately, they were wrong.

What does gender equality and “Balance for Better” mean to you?

I believe that gender equality goes in both directions. Diversity is something that is deserved across the board. It’s the fundamentals of objectivity, respect, and trust – it’s about seeing what everyone has to offer in the most objective way possible. I have certainly faced gender inequality.

I think it is equally important from a woman’s perspective to not have a gender bias the other way. Fundamentally, gender equality is about being treated objectively and entirely as a person regardless of any of those dynamics. However, it has generationally improved from when I first started my career, but it has not ended by any stretch of the imagination. There’s still work to do.

Have you ever felt like giving up in the face of tough obstacles and what motivated you to keep going?

Give up? Never! In tough situations, I like to remind myself that the whole world is not like this. I acknowledge that the obstacle is there, but it cannot stop me. I tell myself that I’m going to keep going, do my best, learn from it – but stopping is not in the cards.

During those times, I often look toward the strong individuals who have inspired me throughout my life. Early on in my management career, I worked for a woman who still motivates me to this day. She was phenomenal – she knew how to support and develop people overall. I was very fortunate to have a strong and talented female leader who I could go to with anything. I have similarly had some incredible male leaders that have similarly impacted me by supporting me as a woman – and I’m working with a lot of those men here at ISARA. All of these role models have encouraged me to use my voice to shape my career. It’s been a challenging and incredible ride, and it continues to be. At times it has been very disappointing, but also very rewarding. And I wouldn’t have it any other way!

Are there any key messages that you would like to send out to young women on their journey to success?

Do not let somebody tell you that you cannot do something. Don’t listen to somebody who doesn’t know who you are. If I stopped when people told me "no", I can’t imagine where I would be. Also, never stop learning. New experiences are uncomfortable, but don’t let that fear limit you from seizing those opportunities.

If you want to learn more about ISARA’s agile quantum-safe security solutions, or are interested in starting a proof of concept, contact us here